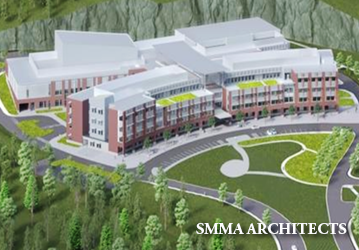 Mayoral Candidate LeBlanc says she “WILL” build a new high school. Based upon her actions to date - WHERE? The selected site - the Stigmatine site at 554 Lexington Street? WHEN? and HOW?

STIGMATINE’S BALLOT TO AUTHORIZE ATLANTIC TO SELL THE WALTHAM CAMPUS PURSUANT TO OPTION CHECKED
(Options: sell part, sell all, or require a buyer to respond to both all and part at the same time)

THE STIGMATINES PRIESTS VOTED and Atlantic Management was then told to proceed with the sale. So Atlantic prepared an agreement.

STIGMATINES - THE PROPERTY NOT FOR SALE?

November 25, 2015 - Father White, President of the Trustees of the Stigmatine Fathers, Inc. signed an EXCLUSIVE SALES AGENCY CONTRACT with Atlantic Management for purpose of 1. selling The Property OR 2. subdividing and retaining a portion and selling the rest. Fr. White represented he was authorized to sign.

STIGMATINES - THE CITY IS THE FIRST ONE WE WILL CONTACT?

Atlantic prepared an Investment Summary. For a potential Buyer to receive this, ONE MUST SIGN A CONFIDENTIALITY AGREEMENT AGREEING NOT TO TALK to the CITY OF WALTHAM until a purchase and sales agreement is signed with the Seller (Stigmatines). The Summary indicated a potential apartment development site for 450-500 units on the whole site or a lesser amount on 33.3 acres (300-350 apartments). A BIDDER HAD TO BID ON BOTH OPTIONS AT SAME TIME!!

Mayor became involved on January 4, 2016, WHEN SHE WAS TOLD THAT THE PROPERTY WAS BEING SOLD and she delivered a letter to the Stigmatines. Mayor’s intention was for city open space or possibly for a high school relocation site. (1/26/2016)

As you can see from our response “we continue to duel track this matter”; namely “we are first cooperating marginally to consider a “friendly taking” by the city” … the “second track being that we continue to pursue an outright sale to a Developer/buyer.” (1/26/2016) (Atlantic to Father White)

COUNCILLOR DIANE LEBLANC – “I HAVE NO CONFLICT”